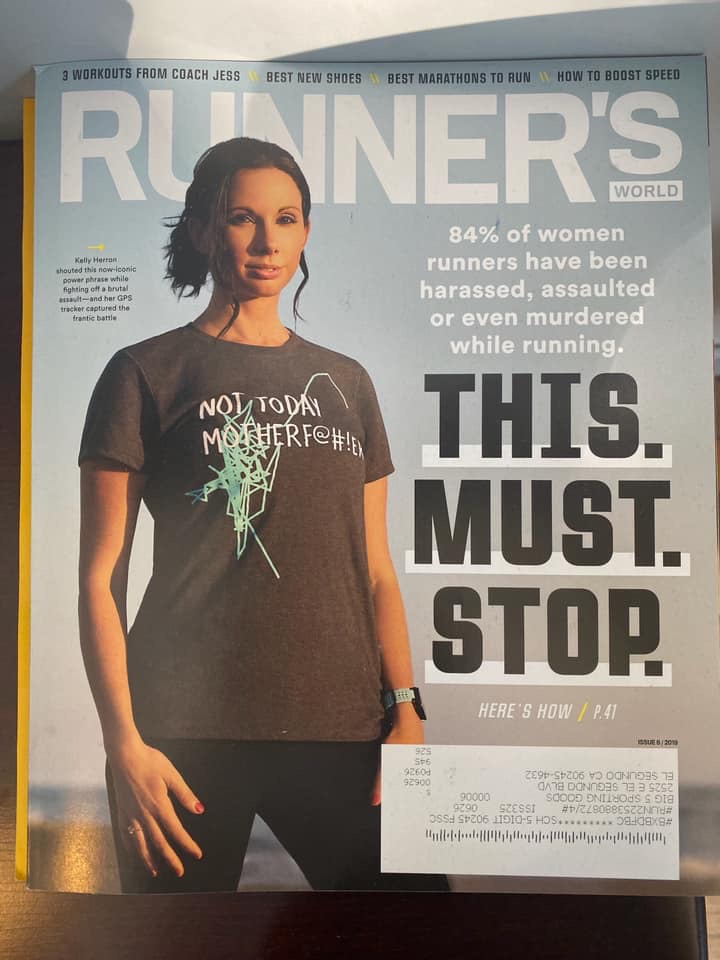 “There’s something about being in the general vicinity of death that brings you back to life. It snaps you right out of complacency. Suddenly, every thought counts, every action. You can’t put off until tomorrow anymore. Things became crystal clear and my mind so sharp I could have slayed the Beast with just once glance.”

—James Capuano from his forthcoming memoir on life with cancer

You’re probably wondering what this quote from James Capuano has to do with running or “flight” in self defense. It’s a good question. So here’s the correlation. When the shit hits the fan and it’s the Moment Of Truth, time to fight or flight (not freeze or panic please) because nothing else will do and it’s going down NOW, what you feel and experience is like a lighting bolt — adrenaline plus highly charged emotion flooding the body and I do mean flooding. It’s a crystalline do or die moment which becomes your everything.

I’ve experienced it myself when faced with would-be and “it’s happening now!” attack and also from from living in dangerous environs. There’s little to compare this to– as if all else STOPS, literally falls off the map of perception, of time and space, of life as you’ve known it.  It’s a razor’s edge moment so full and encompassing that it leaves no room for anything else.

And it comes with an urgency and luminosity that Capuano eloquently describes from his death-defying battle with cancer.

In many assault scenarios, when faced with a blistering two or three seconds to make your move, you might need to FIGHT prior to taking FLIGHT.

On that note, allow me to wax rhapsodic about one of our must-have power tools to help you achieve Fight Then Flight: PALM STRIKES of PALM SMASHES which are easy-to-learn and execute, and they can drive a man backward effectively rendering him a civilian, versus a BIG SCARY ATTACKER, allowing you to seize the opportunity to charge in with more slamming bad-assery. (Caveat: It’s NOT patty cake. You need to get your whole self and weight into it. Hopefully this or similar moves will then open up lower body targets- such as le groin.)

Palm strikes are the move that my super hero friend Keri Potts delivered– and it took five or six to literally knock her raging attacker on his ass prior to making her daring escape.

Here’s the lesson about fleeing and when it does and doesn’t makes sense. It comes to us courtesy of the  FOX & THE RABBIT– better known as predator / prey dynamics and something called PREY DRIVE.

It’s like this: The fox chases the rabbit WHEN THE RABBIT RUNS! It’s the running or in the human realm the recoiling, cringing or backpedaling – sometimes called “cower power”-  that inadvertently triggers the predator instinct to give chase.

Don’t misunderstand: Running, fleeing, taking flight and gaining distance IS the end goal, but there’s a HUGE difference between running TO safety (good) and indiscriminately running away from trouble, meaning attacker, especially if you’re not in great Running shape AND there’s no good place to immediately run or retreat to.

By the way, when I say RUN I mean like your ass is on fire!

Women have successfully fled assailants, running to the road, nearby dwelling, to friends or strangers to get help. But when an assault is imminent or underway, backpedaling or bolting is often futile and can trigger this “prey drive” – a predatory instinct to quickly close on and subdue intended prey —with force.

Screw dat. Let’s reverse. Do this instead:

Rather than giving him this tactical advantage, YOU may have to get up in his GRILL and bring on whammo! Close the distance and go IN, striking hard and fast with all you’ve got to then create that better opportunity to flee. Hit the gas, as it were, and ENTER with full forward drive and mojo. (And palm strikes as lauded above.) In effect you must BECOME THE PREDATOR. THE HUNTRESS NOT THE HUNTED. 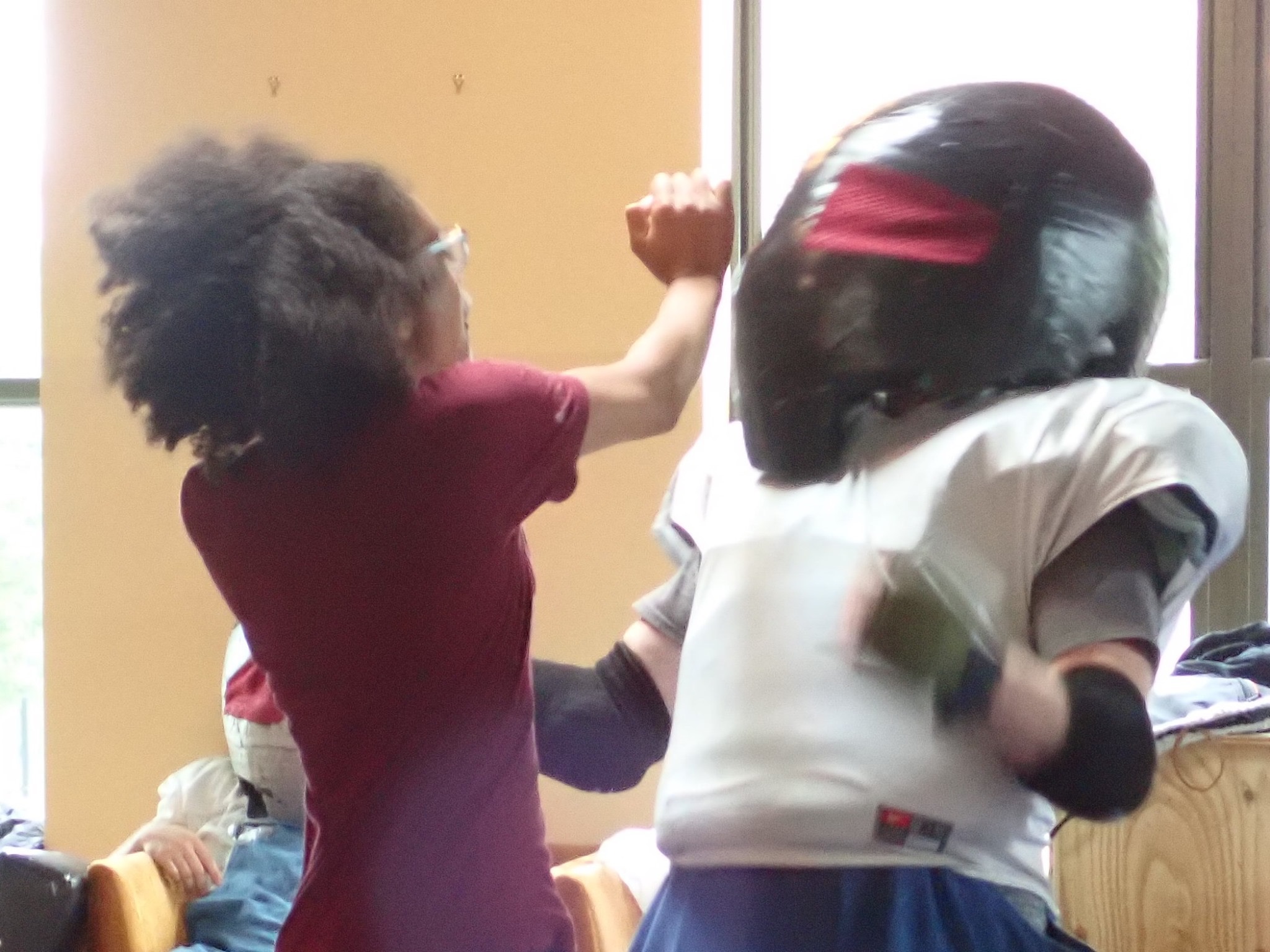 In other words, Strike, then GO GIRL!

So heed the lesson from our furry creature friends Fox & Rabbit and remember: To be your own best protector you need a range of tools, options and knowledge. When you cannot simply escape or attract help, Fleeing and Fighting are often the winning-est combo.