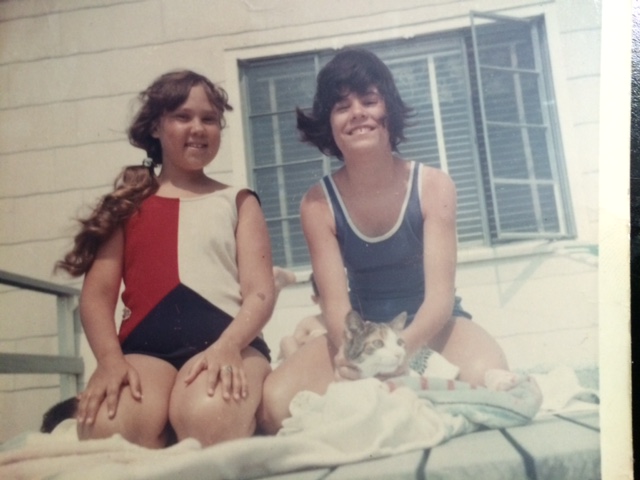 How did you get into this? Did…something happen to you?

Happen to me? It’s a question I’ve been asked untold times. Frankly, it’s an annoying and telling question because it assumes something terrible must have happened to me: why else would I – an educated woman and self-confessed bleeding heart- encourage women to nurture their killer instinct and teach them how to refashion their bodies into weapons.

Then again, given my enthusiasm (see above) it’s a reasonable question. And, yes, I have my happening stories. I can rattle them off: from manhandling and violent groping to being trapped in a train car by a group of predatory men; from near-rape attacks which I fended off, to a home invasion by a knife-wielding would-be rapist and maybe killer. (It was the stuff of nightmares; I foiled that attack.) They’re all true and plenty good reason to take up self defense.

There are the stories we tell, and there is the story behind the story. The one that often lives in the shadow of grander lore and can be traced back to childhood. To “that moment in childhood,” wrote Graham Greene, “when the door opens and lets the future in.”

I know my moment. Its memory came back to me one day during a radio show interview, greeting me like a bell in the distance waiting to be rung.

“It” was born on a frosty winter’s night in the ashes of fear, fueled by a young girl’s desire to have saved herself, her friend and… her friend’s hat.

This memory has become a touchstone for my teaching. It happened like this:

I was seven the first time I felt terror. It was a brisk winter’s day. The snow-covered earth crunched underfoot but the sun was out, shining across its slick white surface. My friend Jennifer went walking to a wooded area near my home where a creek ran through. When we arrived, two boys, bigger and older, maybe nine or ten, approached then flanked us. They were friendly, even chatty at first, then something switched: the air between us turned ice cold and still – I knew we were in trouble.

One of them brandished a knife, threatening to cut us. I remember the blade, how it gleaned in the afternoon sun as he waved it back and forth. The second boy grabbed me, pulling us apart. “I’m gonna set you on fire,” he growled before clutching a hunk of my dirty blond hair. Flick? Whoosh! It was the sound of his boxy silver lighter set to the highest flame closing in on my head. I smelled my hair sizzle and burn, and could not escape his grasp. Blow, blow, blow was all l could think to do. Each flame that went out — my cheeks, red hot from blowing and panting– was followed by another dreaded Flick. Stop It! I pleaded. Each time I tried to pull away, he pulled me closer, charring more hair, singeing my scalp.

I don’t remember a word he said, I just remember the look on his face as he toyed with me in a mean game of cat and mouse. I was lightheaded, growing dizzier by the second, and wanted desperately to be home. Maybe it was that thought that enabled me to yank free and scramble to a clearing.

That’s when I spotted Jennifer, the pompom on her long winter’s stocking hat bouncing up and down as she wrassled with the bigger boy in the creek. I remember standing there like a marbleized statue, frozen with fear, watching my best friend get punched and roughed up, watching her colorful stocking hat float away in the icy stream.

Then abruptly without warning our young terrorists-in-training took off like a couple of wild critters who’d had their fill – and so did we. We crossed the Big Avenue and ran down the street. I had never run so fast. She was the tomboy, not me, but that was one home stretch where my chunky little legs hit the pavement as fast as hers.

Later that night after things at home calmed down, I sat in a warm pink bubble-filled tub. I thought a lot about what happened and why. I didn’t have the words for it but I knew I’d been initiated, as if I’d crossed some threshold and arrived in a world of fear. “Welcome to fear!” I imagined it saying, as if I knew it would be a given, a natural part of the female landscape. Like the eventual menses and breasts, so too there would be fear. First it will be of boys and then it will be of men.

The truth of this would wax and wane over the years. And I would come to know fear and terror intimately again, each incident propelling me further down this path and into the heart of self defense.

Adult passions can often be traced to early beginnings, to an incident or desire deposited into a fertile young mind. That day in 1963 would prove to be such a fateful beginning: the young boy who scared the bejesus out of me had unknowingly lit something far more than a tress of hair.

That night while trying to scrub away what had happened, a new thought and yearning arose through my fear: Why didn’t I steal his fire? What if I had kicked his scrawny ass and rescued myself, my friend, and her hat?

That was the thought and image that put a smile on my face. In essence I had- stolen his fire. I just didn’t know it at the time. It wasn’t until decades later when I was inducted into Black Belt’s Hall of Fame that I realized I had become a keeper of the flame.

My story is a palpable, heartfelt reminder. It serves me when teaching women–so I visit it often.

We all have our stories and defining moments. Some are easy to recall while others may have been dismissed or just plain forgotten. To stay connected with the spirit and the truth of what brought you to this path, think back, relax, and inquire within.

You may be surprised!