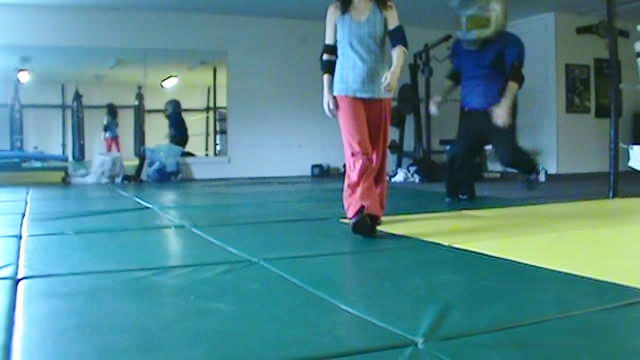 “There are times when it becomes imperative to release a rage that shakes the skies.  There is a time–though rare–to let loose all the firepower one has.  It has to be in response to a serious offense; the offense has to be big and is against the soul or spirit.  All other reasonable avenues for change have to be tried first.  If these fail, then we have to choose the right time.  There’s definitely a right time for full-bore rage. … And it is right.  Right as rain.”

Clarissa Pinkola Estes: Women Who Run With the Wolves

How did you get into this? Where does this ferocity come from? Did… [insert polite pause here] … something happen to you?

They are questions I’ve been asked countless times. Given my enthusiasm for teaching women how to morph their bodies into weapons, and to penetrate targets and say damn, this feels good! well, I suppose it’s reasonable.

But it’s telling too. It betrays the assumption that something bad- e.g., a sexual assault– MUST have happened to me because why else would I– an evolved female and believer in empathy and compassion– be so passionate about helping women learn to be fierce,  and embrace their aggressive capacities.

Honestly, can we imagine asking a fella the same thing? “Hey there manly man, what in tar nation would possess you to learn to protect yourself from all manner of assault or attack?” What a silly question that would be! In man’s world self defense is deemed natural. It comes with beer and nachos and having a penis.

While we, the vagina people, are still principally taught (yeah, it’s changing) to “watch out!” as a primary means of defense. As rape “prevention.”

My answer is complex. My passion and fire stems from many sources, including my (former) work as a psychotherapist specializing in trauma recovery. And yes I’ve had my share – or more- of incidents: violent groping, manhandling, assorted close encounters, attempted rapes, a vicious street attack and a terrifying “it happened to me” nightmare scenario. In 1985 I was awakened in the dead of night by the sound of creaking floorboards from the footsteps of man I did not know. He, the shadowy figure down my hallway, was approaching, heading for my bed blade in hand. That would be after first cutting the phone lines and electric power. (For the record, I foiled that attempt with quick timing and war cries. What? .. .You didn’t hear me? Fay Raye’s KING KONG scream had nothing on me. No no dear with feeeling this time.)

There were follow up calls from this mystery man saying that he knew my whereabouts and the patterns of my and my then fiance’s life. I was terrified. I know what it’s like to be scared to death.

This was the final initiation that led me from Martial Arts to more practical down dirty methods which would become me.

Still, sometimes the question– where does this come from?- does not always compute. Because how do I trace the genesis of something so deeply embedded in the bone of my being, that the mere asking unleashes sensations that leave my loins simmering with a knowing heat. You might as well ask me, “Where does LOVE come from, or the kindness of strangers, or the female desire to want or to have?”

The truest thing I can say is that IT– this power, capacity, and female warrior spirit– has NEVER ceased to be. It has always existed, it is eternal, unconditional. It is a life-force that we plug into. A bell in the distance waiting to be rung. Often it is rung at the behest or urging of  terror.

It also comes from the female desire to be safe, self possessed and to have power.

As far as I can remember, including a girlhood incident that first sparked the desire (I’ll share that story in a future post; hint: boy tried to set my hair on fire), I have always hungered for this feeling and the potential it engenders. It wasn’t always a conscious desire, but it was invisibly moving me toward a capacity I would later call FIERCE.

Fast forward from my girlhood assault. One night, years later, on a midnight train churning through India, when a Man In A White Shirt wouldn’t take NO for an answer << insert repeated violent groping here>> it crystallized. The membrane around this inchoate power broke. When I struck back, cracking him about the head and busting his offending hand, a power I did not know I possessed sprung loose, as if released from dormancy, from potential into being. It was an epic moment. A memory, a whiff of something lost but not forgotten rushed back into my body. Like a ghost limb re-membered. The experience was as numinous as primitive.

The match was struck. The fire ignited.

Eventually this realization would become the basis of my philosophy:

Some part of you already knows how to do this…

In the end, this isn’t just my story, my truth or wake up call– it’s YOUR story too. And that is why I tell it.

YOU’LL KNOW IT WHEN YOU FEEL IT! 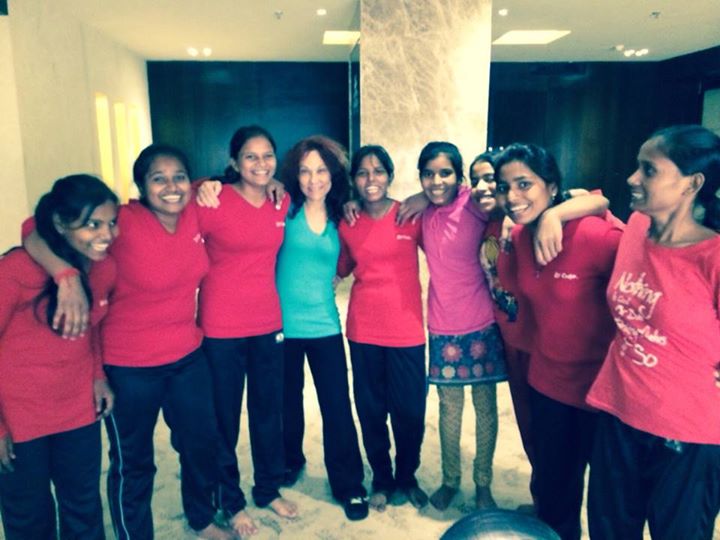 RINGING IT IN WITH THE GIRLS OF INDIA’S RED BRIGADE LUCKNOW.