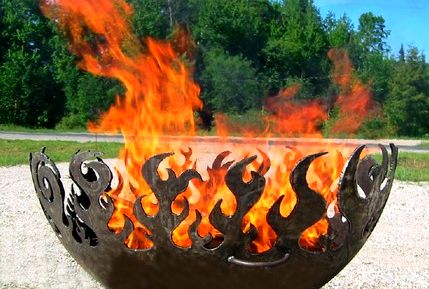 With a little alchemy and will power we raise fire from fear.

“Tradition is not the worship of ashes, but the preservation of fire.”  Gustav Mahler

I love these quotes. They speak of truth and a deep reverence for what has come before.

They also speak to the power of fire as pivotal to life, as primordial. Easy to see if we zip back in time… In prehistoric days fire meant life: it meant warmth, cooked food, better tools and community. Life gathered and unfolded around fire. “Watch fires” set around dens and camps is also what helped keep predators at bay. It enabled survival, allowing our kin  to literally “take back the night.”

So vital was fire to life that tribes had literal keepers of the flame. Their task was to carry  still smoldering embers wrapped in grassy leaves and bark-wrapped bundles from camp to camp. In this manner fire was kept at the ready– ready to be re-stoked and brought back to life at the tribe’s new digs. (I imagine its classified job listing. Wanted: Reliable fellow with good lungs for ultimate BLOW JOB.)

It’s no exaggeration to say that once our ancestors learned to make fire at will and were no longer dependent upon lightning strikes or stealing fire from rival clans, it changed the course of evolution. It enabled our ancestors to then turn their attention to higher pursuits — to culture and community and to a little thing called LOVE. This all started with knowing how to kindle a flame; a flame which became a portal to a whole new life.

This is also the potential power of women’s self defense: to liberate women from their deepest survival fears–at least alleviate undue fear by being armed with skill, strategy keenly cultivated instincts – so that we can nurture and manifest our full 3-D  potential.

Mahler’s quote also relates to my urging for the preserving of fire – more specifically its UTILITY as a self defense weapon and why women need to turn this flame up a notch.

In my Dharma Of Defense I speak of the elements of FIRE and ICE. This combo of forces was best described to me once by a teacher and former combatant as a need to be “on fire from the neck down and ice cold from the neck up.”

Or as I prefer to say, we need a HOT body and a COOL head. Amen to that sistahs.

Here’s the deal: If confronted or frightened you want to keep a cool head, yes! (De-escalate. Lower an aggressor’s arousal. Calmly, swiftly extricate yourself.) But if a woman has to GO PHYSICAL to escape a larger, stronger, pumped up creature intent on harm, she best be packing a charge of primal power and heat, armed with the know-how to explode into a target with the ability to source this power from loins and limbs, from her sex and her soul– and to bring it in a heartbeat. It’s a power that must be kindled from the inside out. A knowing to be kept aglow in the heart, ON at all times.

Think of this as a pilot light to be adjusted as needed–from the luminous kindle (no particular threat, life at large) to a suddenly, violently ignited whoosh. (When it’s time to go ballistic on someone’s ass.) It’s a power born of love, fury and primal survival instinct. It dwells in heart and hide; it can quicken your pulse, flash a mean heat across your face  and feed deeper life forces and desires– from the carnal to the spiritual.

Let me say: I don’t shake my head and tsk tsk or merely view this as a necessary evil as in– Isn’t it a terrible shame that women have to learn self defense stuff, have this switch turned On? NO! On the contrary I view this readied charge and female-animal potency as part of the larger constellation of life forces, as downright womanly, as part of THE FIGHTING EROS OF LIFE.

If you don’t already know this facet of yourself, let me assure you: It’s a beautiful thing – and it can save your pretty ass.

Finding and switching on this fierce female source is personal to each of us, but it’s also political with far-reaching ripple effects. When this tool is alighted by women en masse we can burn down myths and burn IN ownership of our own courageous and outrageous warrior nature- which might otherwise be crippled by fear.

A FIERY LITTLE HERSTORY OF WOMEN’S SELF DEFENSE

It was precisely this fighting spirit that gave birth to WOMEN’S SELF DEFENSE as a movement and consciousness which was spawned in the 70’s, born of the coupling between martial arts and feminism. This was no nebbishy exercise! It arose as a   RESISTANCE MOVEMENT to combat rape, as a viable means of “taking our bodies back” and to paraphrase Black Belt Women’s Nancy Lehman, from the need to feel our force. (Oh how I love this phrase: Feel Our Force. That something as elemental as learning to protect our boundaries and bodies was deemed “RADICAL” by many… is a  telling statement indeed.)

And so this phrase coined by feminist Andrea Dworkin became an emerging war-cry:

Resist do not comply.

Which brings me back to the quotes about FIRE and another reason WHY we need to turn this flame up a notch: When any discipline or “movement” (Yoga for example) crosses over from grassroots to mainstream and becomes commercialized, something inevitably gets lost or diminished in the process of proliferation. So too, as women’s self defense has become mainstreamed, has become Big “profit center” Business –with franchises and licenses, with weekend and online certifications–and as its been exposed to the dampening winds of political correctness, some of its ORIGINAL FIRE has dimmed, fallen by the wayside in favor of “ten easy steps” or reduced to mere exercise (don’t even get me started) or subsumed by the ubiquitous language of ‘personal safety’ —a term I fiercely resist. Not because it isn’t an accurate umbrella (who among us doesn’t want to be safer?), but because it distances from the primal heart and martial bloodline of self defense, dispatching what belongs in the realm of the senses to a higher headier mount. To a more sanitized, gentrified mindset of cautionary tips and do’s and don’ts whereby FEMALE FEROCITY– its ire and blood-pulsing might -is easily deemed irrelevant, a mere PS in the equation of “what works.”

Put another way SELF DEFENSE LITE subjugates the need to feel and cultivate our force, to nurture our will and authority for “applied violence” (when needed), to ennoble and verify our own dangerous capacities and female fighting instincts.

And honestly now… personal safety?... what a lustless term. Feh! (We can do better!)

Here’s the bottom-line, my call to arms if you will, a bit trumpeting albeit:

“As long as men are the sole agents of aggression and women are the casualties of their actions, the victims on the pointy end of men’s violent entitlements, there will NEVER be a balance of power between the sexes. Women will remain relegated to a subordinate status, too powerless or simply too fearful to resist the dominance and brutalities of others, limited by social contract and constraint in the ways in which we can express our own ferocities, yearnings, and fighting spirit.

The gig is up. We must no longer outsource our protection to men– to fathers, husbands, brothers, boyfriends or saviors in khaki or uniform blue. It’s time to bring this power home, refasten it to our womanly roots, to reap its fruits, harvest its furies and acquire the skills to Self Defend. It’s time to rekindle this flame, lionize ourselves, and raise FIRE FROM FEAR.

Each and together may we become outposts of courage.”

BUT FIRST. SOMETIMES THE CURE LIES IN THE ILL.

To arrive at a cure (on OUR end I mean) we need to brave the scary places, the dark corners and basement of our “what if” fears- which isn’t always unfounded mind you. Only by confronting our vulnerability – which, face it ladies, we all feel to one extent or another; we all know fear’s imprint, the toll it takes, the signature tracks it leaves in the female psyche and soma; it’s ills, indigntiies and dimiinishing effects…only THEN can we release the POWER that lies in its wake.

Let this journey happen. Grab a torch and dig in. We’re going DOWN TOWN into the primal zone where Fear and Power not only co-exist but often entwine like lovers enmeshed. And from this savage union FEROCITY awakens.